Gripsure non-slip decking is helping world-famous adventurer Leo Houlding make the most of his latest bit of kit. The 41-year-old record-breaking climber has used Gripsure’s timber decking to build a slip-resistant deck on top of his new custom VW Crafter van.

Leo, who become the first Briton to free climb El Capitan in the Yosemite Valley when he was just 18, uses his van on trips all over the world. Now a father-of-two, the experienced adventurer regularly brings his wife Jessica and their children Freya, eight, and Jackson, five, along on his travels. Leo wanted to create a safe and non-slip rooftop area for the family to enjoy, while they watch the sunsets on their incredible adventures.

“It’s the van of my dreams, complete with Belfast sink and huge kit store,” says Leo, who has just spent the summer in the van, touring Europe, including the Alps, the Adriatic, France, Luxemburg, Belgium and Italy. “I’ve always loved the idea of sundeck. We’ve already enjoyed so many sundowners up there and picnics. I can honestly say that the van and the deck have really enhanced our family adventures.”

Leo recently traded in his trusty old VW Transporter campervan for a larger Crafter because he needed more space and equipment, now that the kids are in tow. Both Freya and Jackson are already experienced climbers and recently made history after climbing the dramatic North ridge of the Piz Badile (3,308m), a mountain on the border between Switzerland and Italy. Jackson is now the youngest person to reach the top of that peak, while Freya is the youngest person to climb the mountain unaided, or what climbers call ‘free’.

Leo says that as a parent he ‘has a higher risk tolerance than most’ but he wanted to be sure that the rooftop decking area on his 2.7metre-high Crafter would be safe for his children. “I did a bit of internet research and Gripsure had exactly what I was looking for,” said Leo. “I only needed 2.6 square metres and other companies I’d tried hadn’t got back to me, I guess because it was such a small amount. But Mike Nicholson from Gripsure was really helpful and said it wouldn’t be a problem but did inquire about the purpose of such a small deck. He loved the ‘vandeck’ idea and did me a great deal.”

Gripsure created a special custom profile for Leo’s decking boards – Canadian Western Red Cedar with a single anti-slip strip. The decking is sustainable and FSC and PEFC-approved. Leo drafted in help from his father, Mark, a carpenter and between them, they managed to create the perfect platform on the van’s roof.

“We love it,” says Leo, who lives in the Lake District. “The idea of a sun deck is great for travelling, but we don’t live in Croatia or California. We wanted something that would withstand the Lake District, with all the weather that brings!”

Leo and his family have been making the most of their ‘portable picnic table’ during a busy season in the Lake District.

“It’s great because this summer has been crazy up here, but we’ve always been able to get a seat and the views are always better from up high,” says Leo, a veteran of some epic ascents. His major expeditions have taken him around the world, from the summit of Everest to remote Arctic and Antarctic peaks, via Yosemite, the jungles of South America and the Old Man of Hoy.

Leo recently teamed up with natural historian and adventurer Monty Halls to film the TV series 'Lost Worlds' for the Discovery Channel. Life is hectic, which is why it’s important for Leo to make the most of his free time. “We’re out most weekends in the van,” says Leo. “It’s just like being in a home on wheels and we have everything we need. We’re up on the sundeck together all the time. We really love it.” 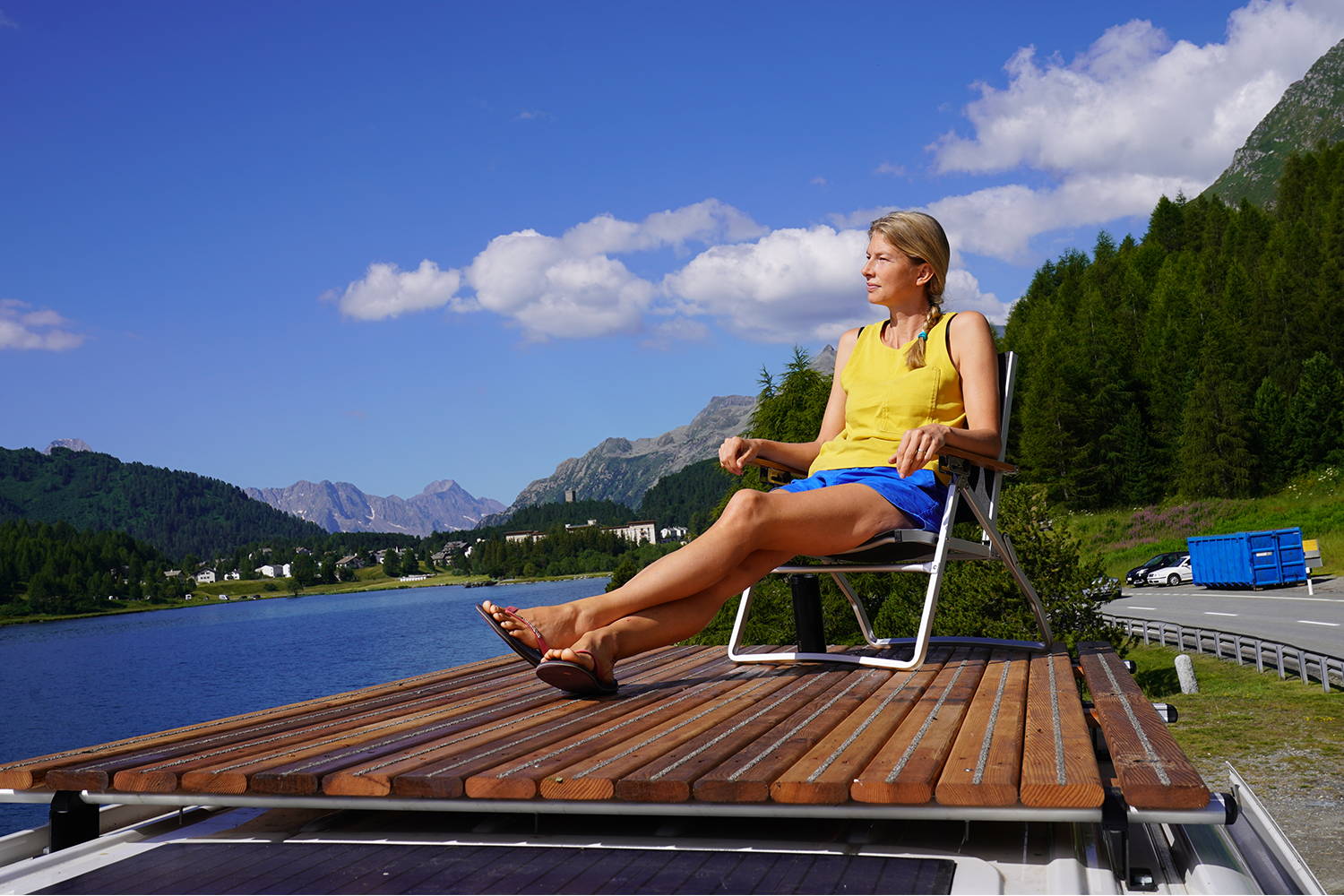 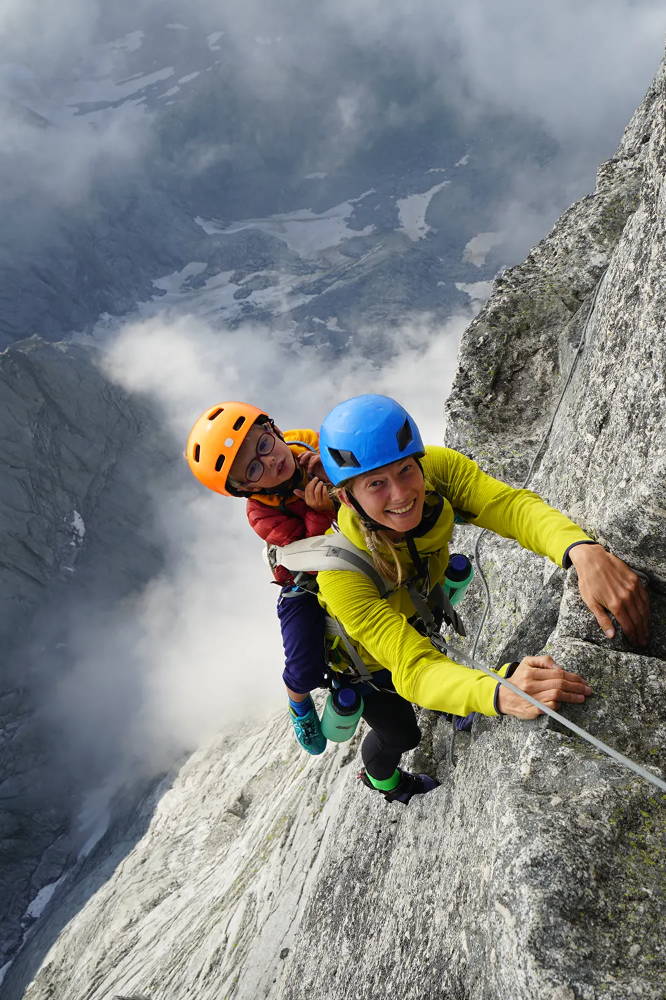 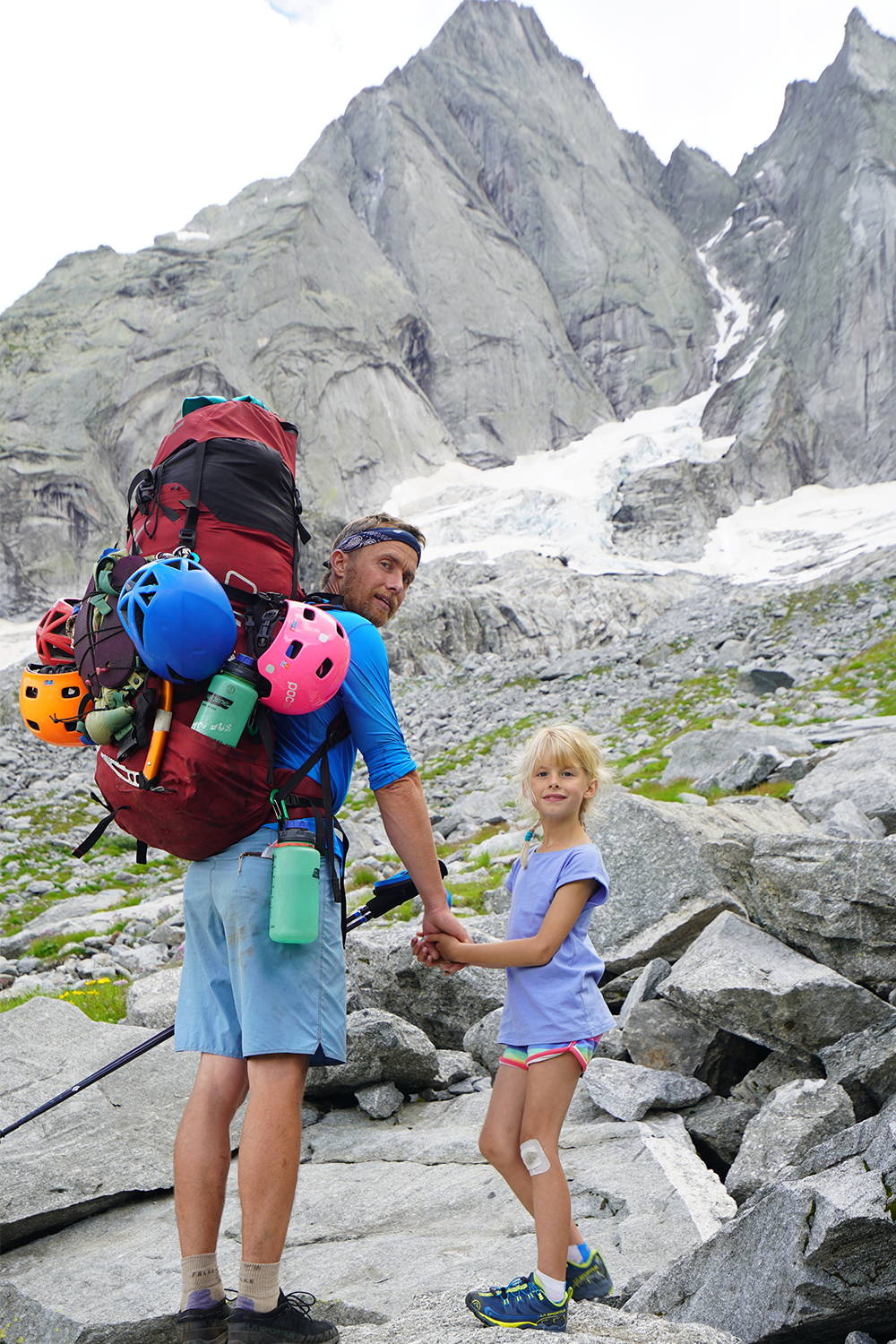 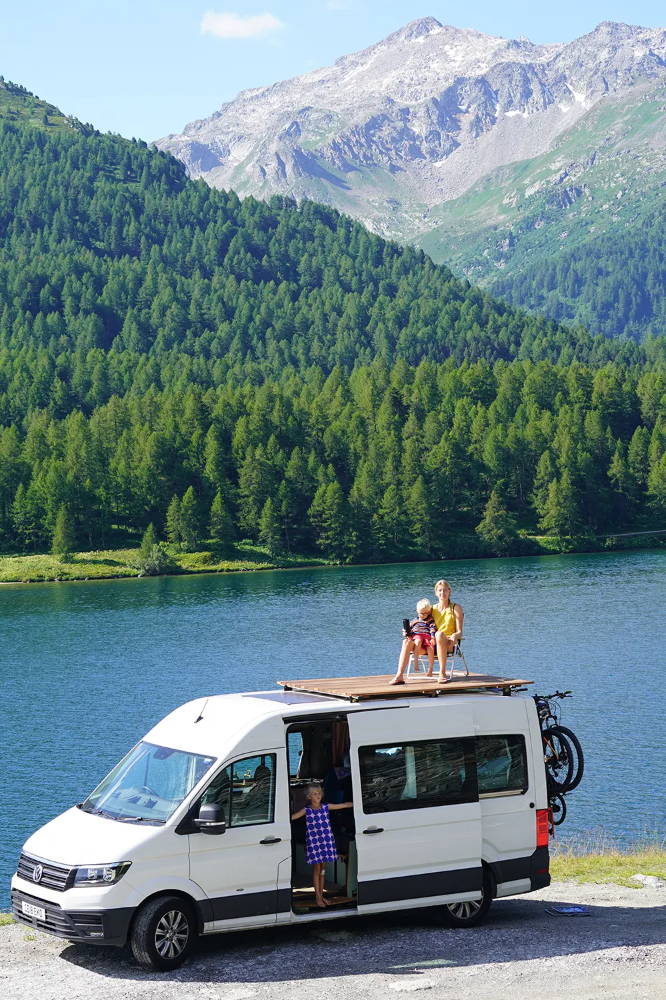